Last week saw me in sunny (mainly!) Cornwall on my jollies, I spent some time at the Lizard Peninsula which is just stunning and was pleased to observe that there and also other parts of Cornwall seem to be a great place to pick up various gemstones.

I can buy them off eBay but quite frankly it's a nightmare trying to assess from photos alone if you're happy with the shape, and if it's a workable piece for jewellery - sometimes it arrives and you find it's just not usable as a jewellery component and it ends up as a photography prop for ever more!

This system of guesswork when purchasing gemstones online unfortunately wastes money. I hope the same doesn't happen with the £20 Herkimer diamond I just bought this week :'(

Sadly I'm in the Midlands, where gemstone shops are not the norm on every corner.

Anyway, I digress, I was in sunny Cornwall and found the obsidian arrowhead shown in the handmade necklace below, and was taken by it, and so I brought one home to make said jewellery piece from.

Only once I'd completed it, taken photos and started to upload it for sale in the shop (and research keywords while doing so) did I find out that this is in fact also known as 'dragonglass' from hit show Game of Thrones. I don't watch the show myself, but it seems I've gone and made a cosplay piece unbeknown to me

That's a little piece of olive coloured sea glass adorning the front, found on one of my other trips to the coast. 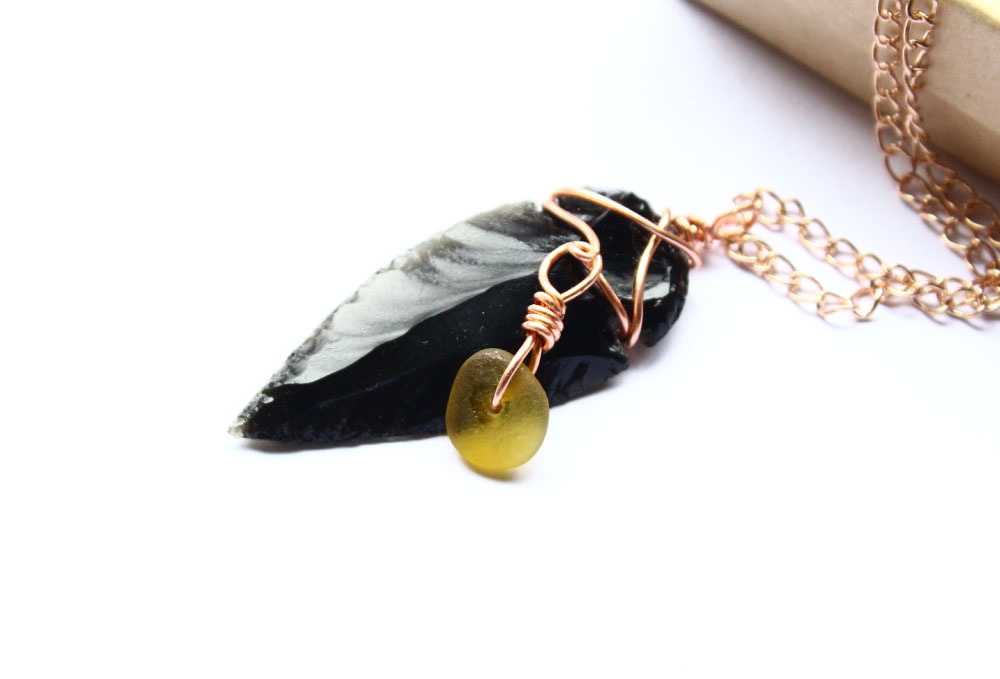 Game of Thrones is an immensely popular American fantasy tv show. The show is an adaptation of a series of fantasy novels called 'A Song Of Ice and Fire' by George R R Martin - the first of which is named 'A Game Of Thrones'.

Dragonglass is referenced in Game of Thrones when Maester Luwin pours black arrowheads out of a jar, showing them to Bran Stark, Rickon Stark and Osha. It is Osha who names it dragonglass.

Luwin explains that the glass is obsidian and that it can be used for hunting in place of swords.

How Is Obsidian (Dragonglass) Formed?

In the fantasy realm of Game of Thrones obsidian is rare, however in reality it's actually fairly common. Obsidian is formed by explosive volcanoes; the molten rock or magma beneath the surface of this type of mountain has a high concentration of silica (over 70 percent) and as it traps heat and gases sufficient pressure is built up to form explosions.

Obsidian doesn't form at the points where the explosions occur, instead it forms where the magma oozes out of cracks and vents in the mountain and causes it to cool in it's layered glassy form. It's rather impressive what is naturally created by mother nature.

It's the speed at which the magma cools that results in the shiny glassy appearance of obsidian. When this same magna cools underground over a far longer period of time, that results in granite instead.

Where To Find Obsidian

Well outside of Cornwall and Devon (hah), you will also find dragonglass in the USA in the West in places such as Oregon, Northern California, Washington, and Idaho. Yellowstone National Park contains a large amount of dragonglass.

There are many other places to find Obsidian, including Canada, Argentina, Iceland, New Zealand and even bonnie Scotland.

Origins and Historal Use of Obsidian

Obsidian In Healing and Feng Shui 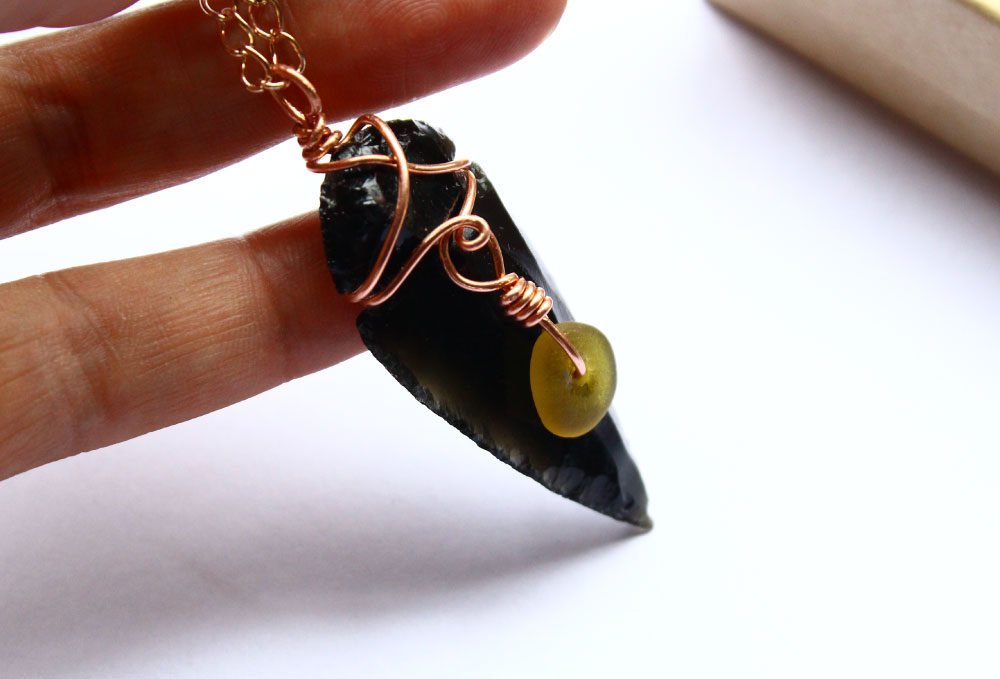