Rings are a hugely popular jewellery accessory, possibly because hands are often in direct view and indeed proffered forward from the body alot, and so it's no wonder people want to adorn them.

What does your choice of ring adornment say about you as a person? Does it say anything at all?

Lets delve into the topic and find out what significance ring choice and finger placement has had in history and over different cultures.

Rings play such a significant role in society that they are used as a way to advertise a long term commitment to a partnership with another human being, or our intention to commit to them for the long term; in the form of engagement rings and wedding rings. No other jewellery piece is used for this purpose.

Which ring styles you choose to wear and indeed what metals they are made out of give those around you indications of your personality, your relationship, your lifestyle and your status. 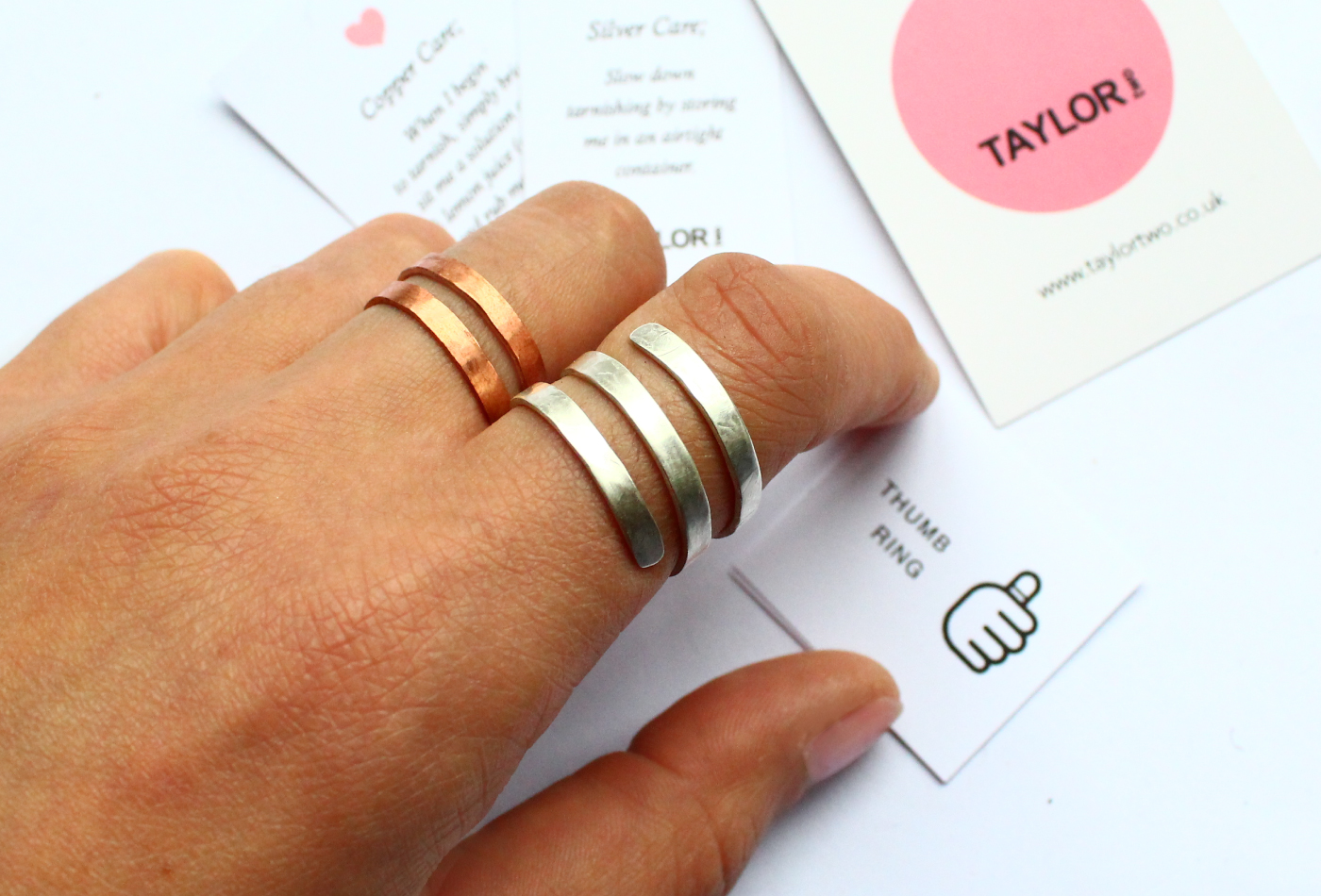 Styles of ring and what they say about you.

People who enjoy wearing multiple rings at once can attract attention, and so it can be the style of people who enjoy being the centre of attention and who have a bold character.

It has been said that those who favour rings featuring sharp stone settings with hard lines and straight edges have a tendancy to be dominent and powerful and are happy for everyone around them to know it.

Playful people who love their freedom may prefer stone settings with round and softer shapes. This type of person is more likely to the life and soul of the party and enjoys joking around with their friends. It can also indicate that they are more likely to be is commonly known as a 'flake' - not necessarily very stable and can have a haphazard love life.

If you have a penchant for dark rings and dark stone settings and you're a woman, you're probably a bit of a tom boy. You enjoy being outdoors and may well enjoy a range of sports too.

Which finger do you tend to prefer to wear your ring on? Your choices can provide further information about your character leanings;

A more popular choice of recent years and so certainly a 'fashion' thing at the moment, but there are still a minority of people who enjoy wearing their rings on their thumb. If you're a thumb person, you're most likely a powerful person, don't like people telling you what to do and have a habit of dominating your partner.

Surprisingly this is a fairly traditional finger to place your ring on. We use our index finger more than any other digit outside of the thumb and so you could be viewed as a traditional or conservative person by wearing your ring in this position.

Hundreds of years ago, the index finger was a popular place for a man to wear his ring, which was often a crest or signet ring.

The index finger is still a good place to site statement rings whether you're a man or a woman.

This one is probably less about character and more about societal conditioning. It's call the 'ring finger' for good reason; UK and other Western cultures have reserved this finger for declarations of love, engagement and marriage.

It is believed that the origin of this selection is an ancient Roman belief that a vein travels directly from the left ring finger to the heart. Awww.

Not all cultures have designated this precise finger as a symbol marital status; in Russia for instance (technically in the 'East' rather than West), the 'ring' finger is on the right hand side. Other countries following this tradition include Ukraine, Poland, Germany, Spain, Austria, India and Greece.

Some people wear a 'promise' or 'chastity' ring on their left ring finger; which tells those around them that they are practising abstinence from sexual relations until marriage.

The middle finger is your largest boldest digit, despite this not many people wear a ring on their middle finger. We thing this is a shame as it does actually look great, as shown in our video below.

Because your middle finger is directly adjacent to your highly active index finger it's probably best if rings sited here are simple to prevent them becoming a hindrance to every day tasks.

There is something distinctly manly about wearing a ring on the middle finger, and therefore women who wear their ring there may be somewhat tomboy and/or assertive in nature.

Another unpopular ring placement choice not favoured by many of recent years, however those that do may be very open in character.

The pinky finger has historically been used to denote affilliations or memberships, and for many years was the placement for the royal signet or initial ring of the British Royal Family.

Other associations and memberships are less savoury; the pinky finger has Mafia connections (!), and so if you want to give off an organised crime vibe, this is the finger for you.

Check out the video of our solid sterling silver handmade thumb ring, which looks just as fab on other fingers too as shown in the video.

We have a wide range of rings to choose from in store, simply visit our rings collection to view more like these below. 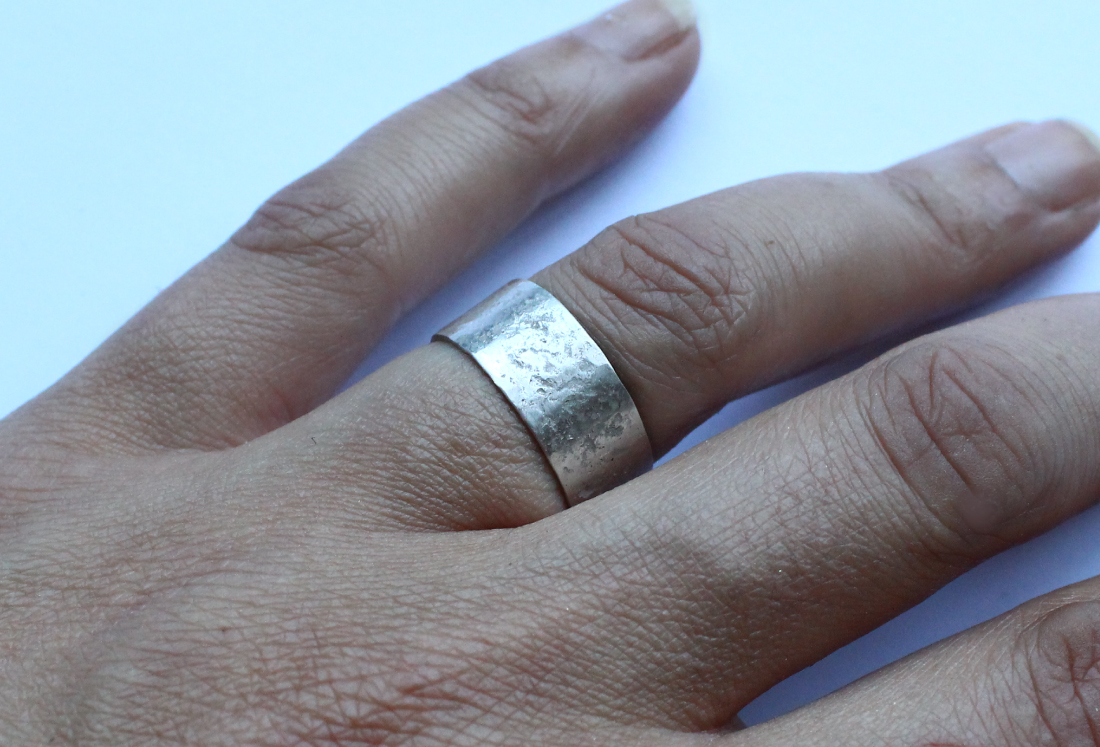