Just How Vegan Is Your Jewellery? Vegan Enough?

A vegan philosophy and lifestyle is typically known as rejecting the commodity status of animals, however there are several categories of veganism and the decision to be a vegan can be a combination of one or more of these ideologies;

These vegans are against animal cruelty and go so far as to believe that even with cruelty aside, animals should not be eaten full stop. This goes past just being a “plant-based diet”, and their food and lifestyle restrictions often go beyond that of an average vegan.

18% of carbon gas emissions are animal-based, and rearing animals for meat (protein) takes up far more land space and water than any other protein source. These vegans have a strong desire to eat sustainable food sources that steer away from negative environmental impacts.

Research has proven that veganism can lower a person's cholesterol and blood pressure, in addition it can offer other health benefits such as reducing the symptoms of menopause.

Healthy vegans eat a well-balanced diet of fruit, vegetables, vegetable oils, beans and pulses. They also minimise their intake of processed vegan options provided by manufacturers keen to take advantage of the growth in veganism.

Religious veganism is where a person does not eat meat or any form of animal product, due to their religion beliefs.

This can be seen in Judaism, where they are encouraged to avoid eating pork as it is deemed a sacred animal, or in other cases, Jainism, the act of nonviolence, where meat isn’t allowed or animal products, as harm towards living things is not permitted. 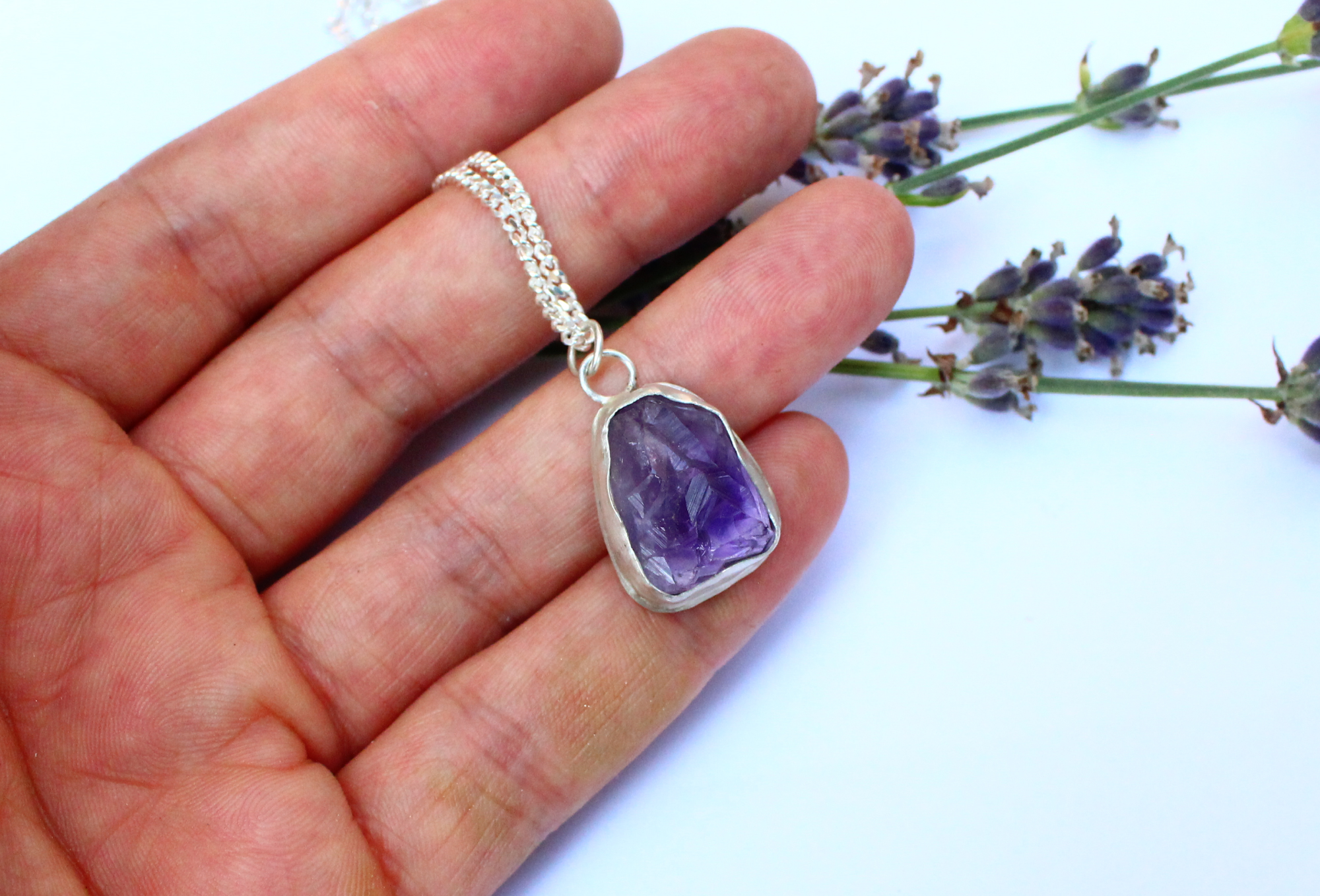 So What Is Vegan Jewellery?

Some jewellery, is not suitable for vegans. There are many many reasons why this is and beyond the obvious such as use of leather within jewellery pieces.

Other ways your jewellery may not be vegan involves the manufacturing or handmade process itself, such as the jewellery studio tools or coatings used on your jewellery pieces.

In many manufacturing processes, animal products have either been used for an aspect of the process (like a leather jewellery tool for instance), or the jewellery itself actually contains animal by products. Many vegans refuse to wear non-vegan jewellery, as they feel it's cruel, whether the animal was harmed or not – the objection is to the use of an animal as a commodity.

A great example of this is beeswax used for polishing and protecting jewellery (copper for instance). Beeswax is strictly non-vegan. Beeswax is sticky substance which is made to keep a beehive together and is also used to store honey.

Beeswax can be used as a protective coating on jewellery, reducing the metals contact with air, and hence slowing down oxidation/tarnishing.

Beeswax is natural, and many would say better for the environment all round compared to petroleum based wax, but it’s a bee product, and some bees could be harmed during the process of collecting it.

Many beeswax manufacturers cut the queen bees wings off and she is forced to create more worker bees. Beehive owners often also use smokers to make the bees more docile while extracting wax, this is viewed as cruelty by most vegans. Hence beeswax coated jewellery, is not vegan jewellery.

There are also “found animals” which were already dead, to begin with. This can be seen both ways as it doesn’t harm an animal, however, it’s worn as an accessory, and deprived of what it actually is. An example of found animals is cuttlefish. The bones are identical to some of the needed moulds and are used widely.

Although it could be presumed to be vegan at a first glance, silk is not a vegan product, as the only way of producing silk is using an animal, a silkworm.

The silk is harvested in the cocoon before becoming a moth, which is strongly considered non-vegan as to be harvested the cocoon has to be placed in hot water, ending the worms life.

Pearls and Tusks In Jewellery

And finally, pearls and elephants. Pearls can be vegan but are mainly pried open forcefully making them a non-vegan-product.

Elephants are poached and killed for their hair or tusks, instead of waiting gradually for the hair to fall. Elephant poaching has been illegal since 1989, but it still continues even today.

The environment is important to Taylor Two and we operate in as environmentally friendly way as possible. In addition it will please vegan customers to know that all products are vegan friendly too, including how they are made.

It should be noted that just because something is vegan friendly, it doesn't mean it's necessarily environmentally friendly, the two are not linked with one another and it's possible to be a vegan, while at the same time harming the environment through your lifestyle choices. It is common however for vegans to be environmentally conscientious also.

You can read more about our environmental efforts on our Eco Policies page at; www.taylortwo.co.uk/pages/eco-policies

Our Vegan Processes and Products

Vegan Tools – it's common for jewellers to use leather aprons or gloves in their studio, Taylor Two does not use leather protection articles.

It's also common for jewellers to use rawhide (leather) hammers to form their jewellery pieces; rest assured we only use plastic and metal hammers.

Jewellers also use saws to cut metal with, and while sawing it's necessary to lubricate your saw with wax. We use paraffin wax, rather than beeswax for our saws.

Vegan Jewellery Polish – As mentioned earlier, Beeswax is popular for polishing some metals, such as copper for instance. We find that copper benefits from a polish coating because it oxidises (tarnishes) far faster than sterling silver for instance and a coating can help to slow this process down somewhat. We use Renaissance Wax as our copper polish (not beeswax). Renaissance Wax is microcrystalline wax refined from crude oil

Vegan Owner – Your jeweller is vegan! That's right, the person hand making your jewellery, is a vegan. We hope as a vegan, you feel confident and reassured to shop at Taylor Two, knowing that no animals have been exploited or harmed to create our pieces.