I'm a huge fan of the movies - I've been watching them for some decades given that I'm now 43 and have amassed quite an expansive viewing of the old and newer classics. One of my very favourites, and I'm not alone, is The Princess Bride.

A wonderful 1980's (1987 to be precise) fantasy adventure romp through true love, death and fire swamps no less. It won't let you down and throws in masses of swashbuckling charm to boot. A fantastic movie for young and old alike.

It's not uncommon for my love of movies to leak over into my drawings and into the shop and this is no exception, thus I've gone and created a range of The Princess Bride products derived from this illustration.

If you speak to my 15 year old daughter she'll tell you that this illustration makes no sense and she might be right, so I guess I should probably explain why we have a pile of cakes in there.

Basically I've taken the movie quote 'As you wish' and developed an image based around it's meaning. 'As You Wish' is  a phrase used by the protaganist character Westley when responding to any of his romantic lead's (Buttercup) demands on the farm at the beginning of the movie. When he says 'as you wish' and delivers what she wishes to her, what he really means is, 'I love you', and she slowly comes to realise this - ensue kissing at that point.

In my The Princess Bride drawing, the illustration is all about wish fullfillment, and has been taken to interpret anything that someone may strongly desire and if lucky enough have delivered to them ... including macaroons and donuts if that is what one desires and that's what I've depicted.

Dotted around the drawing is The Dread Pirate Robert's (Westley) mask , the rocks that feature in Westley's and Fezziks fight scene, and of course swords, we must not forget the wonderful swashbuckling. At the very bottom we have the gate to the castle. 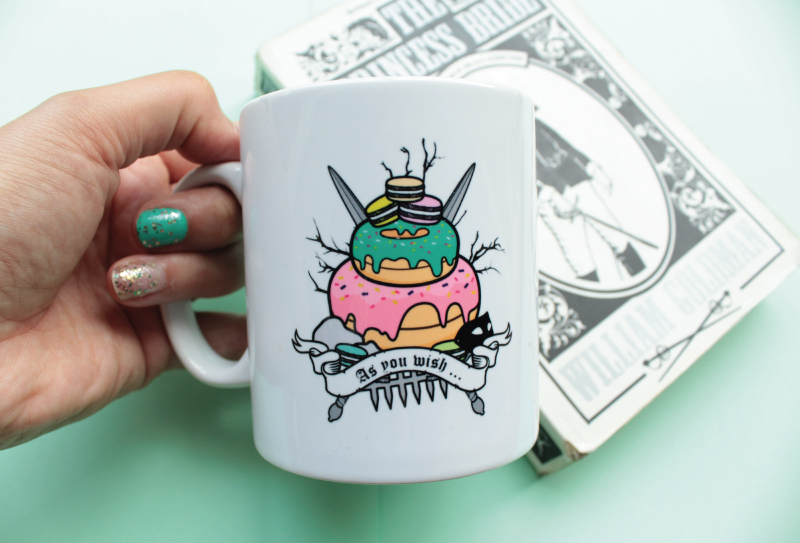 The Princess Bride Mug shown above (buy this mug online).

As well as being a movie fan, I love books too, so yes indeed that is a copy of the The Princess Bride book itself in the mug photoshoot, written by William Goldman. This is my daughter's copy which I bought for her. I've not actually read it myself, I felt it was too late having watched the movie first.

One of the products the illustration is printed onto is this cute The Princess Bride Mug shown above (buy this mug online). That matching nail varnish is purely accidental ... I do love turqoise you see. The Princess Bride illustrative design can also be purchased in greeting card format, and indeed would make a wonderful card to go with the mug.

I didn't really think of gift recipients when drawing, I never do, I just draw what I like to draw, but I think this would make a wonderful wedding anniversary or valentine gift ... you can get more romantic that 'true love' after all. 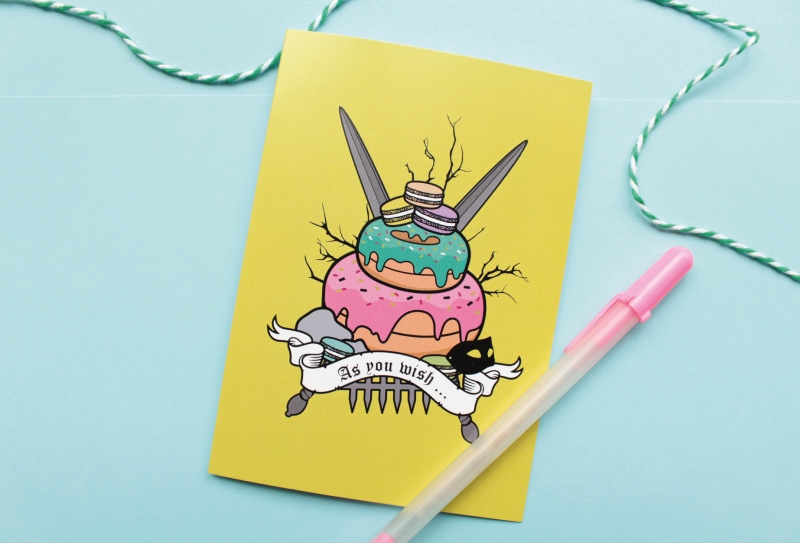 For those of you on a limited budget for gift giving, we have a low cost The Princess Bride badge available in the store. Like the mug, this could be gifted along with the card and would make a super romantic gift. 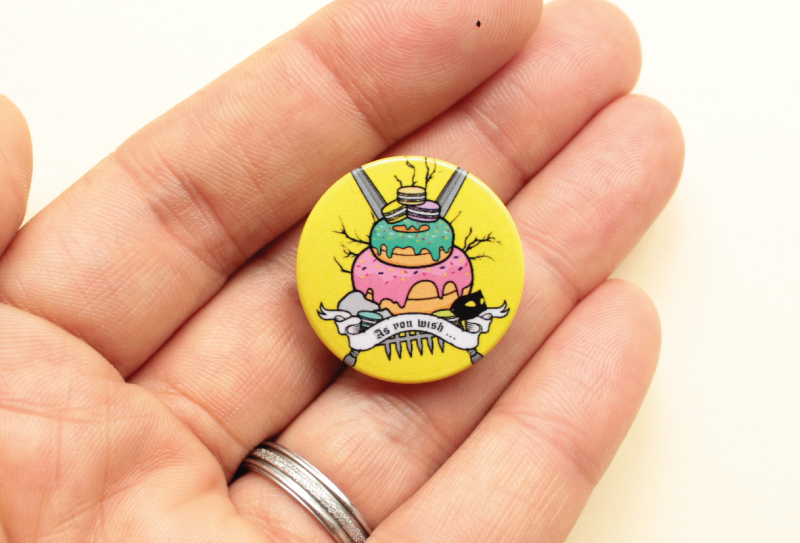