The Lost Boys Gifts And Cards

I recently watched the cool 80s flick The Lost Boys with my 15 year old daughter, and given that she's been all about the vampires for many years I felt certain she'd absolutely love it.

I brushed aside all moans such as ... "How old is this, is this an old movie?" .... "This is going to be rubbish" and such like, and forced her in front of it with movie night treats. I sat gleefully awaiting my moment of smug righteousness once she realised how utterly cool and fab it was.

20 minutes into the movie and she's still muttering that it's not very good and even has the gall to insist that Keifer Sutherland in his role as uber cool lead vampire David "... looks like blond uncle Michael".

Horrified, I brush aside the connection between her distinctly uncool uncle and lead vampire David out of my head lest it stick.

She didn't get around to watching it all as insisted she was tired and needed to go to bed, however this fight is not over! I'm going to force her to watch the rest some day! If she can't see that it's amazing and cool despite it's advanced years I don't know what sort of monster I have spurned out of my very own loins.

The next day I felt inspired to draw this :D 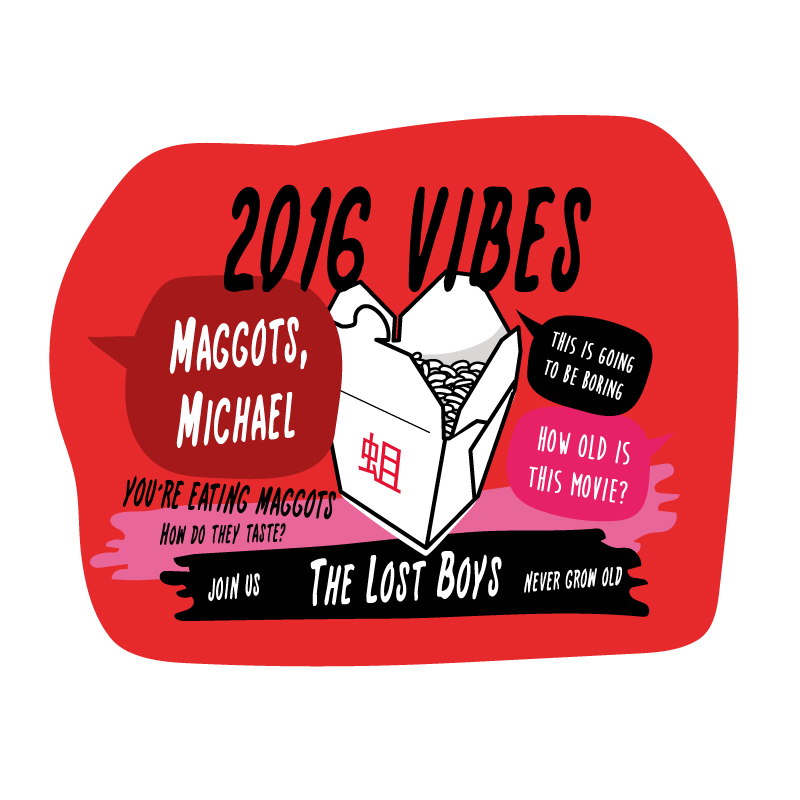 And then I decided a version of this should be printed onto a range of products and I'm really pleased with how they've turned out. I'm planning on adding a shopping bag to the range of products this design is available on.

I was out wearing my Lost Boys badge last night as shown below, it looks fab on a black dress :D 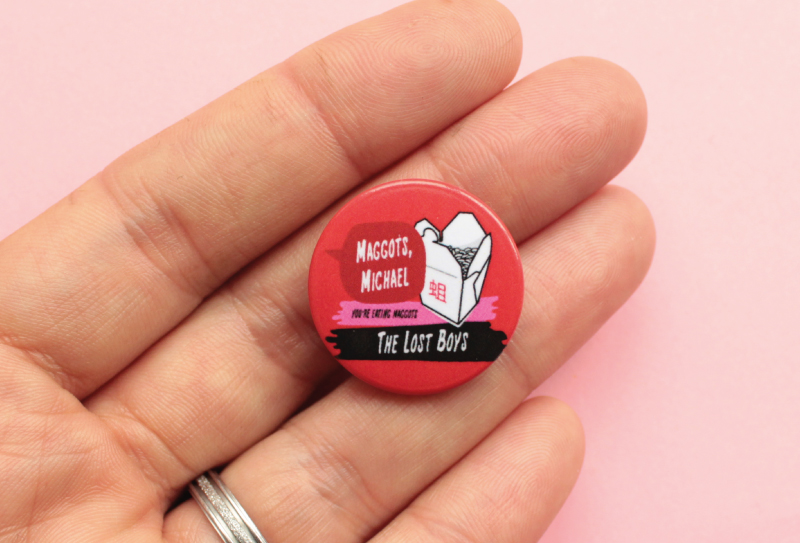 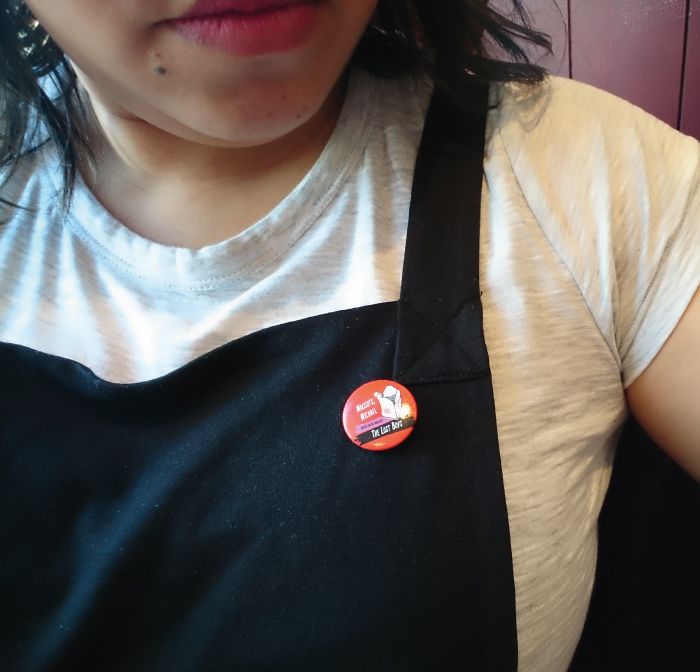 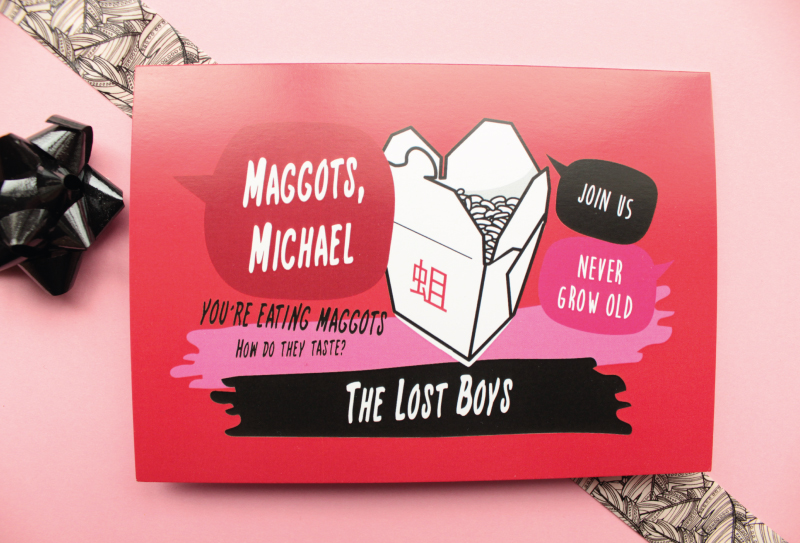