I've been an avid reader since I was 12 years old. Before that you couldn't get me to touch a book, but something within my soul turned at 12 and I became fixated with reading huge swathes of literature.

Then my children arrived when I was 30 and I became so intensely busy with raising them and a business too, books fell to the wayside. I've developed a renewed interest in literature of recent years though (I'm now a jaw gaping 44), and that's for non fiction for some reason.

Therefore the book list I have for you is mainly fiction from my fiction years, but I've dotted in a recent non fiction book that I've really enjoyed and found very useful.

Such is my love of literature there are a number of products in the store that are book lover related, including badges and a book lovers mug. Check out the video showcase of my 'book lovers' badges below, where you also get to see my dirty dog earred childhood copy of Winnie The Pooh.

The Best Books Written Ever. EVER.

The Stand, by Stephen King - The master of horror, Stephen King often tops best book lists as is an incredible story weaver, though he can waffle on a bit too much for some people (he's very descriptive at points). The Stand in particular is often found in literature lists, and is a post-apocalyptic horror/fantasy joy.

The Flowers In The Attic, by Virginia Andrews - If you like harrowing stories about grandchildren kept in an attic, this is the book for you. Indeed it's the entire series of FOUR BOOKS for you as includes three sequels (all equally as gripping as first). This series of four books that span over many years and generations of one family is masterful, utterly masterful and easily in my top ten of best books you could possibly read. Do NOT watch the movie, it's crud.

Tik Tok, by John Sladek - Now the most well known books about robots and indeed 'the three laws' that relate to them, are by biochemisty professor and prolific fiction writer Isaac Asimov. Asimov wrote iRobot, which was made into a very popular movie starring Will Smith, a great movie actually. But I like this book the best out of this popular robot theme, it's weird and peverse, truly unique in it's sci fi class I feel.

Practical Self Sufficiency, by Dick Strawbridge - This is one of the non fiction books I've been reading lately, as I've become terribly into environment and sustainability ( I personally think we should all 'get into' such things! ). A very useful and attractively presented tome providing an expansive guide to living off the land and respecting the planet, with the benefit of even pointing out ways in which one can be more sustainable even in urban environments. PS: Dick Strawbridge is married to Angel Adoree, who writes some fantastic books herself and you'd be mad not to watch their TV series; Escape To The Chateau.

Sybil, by Flora Rheta Schreiber - The true story of childhood abuse survivor Sybil Dorsett afflicted with 16 different personalities, a fascinating case study (written in the style of a fictional tale) of a woman with multiple personality disorder.

Great Expectations, by Charles Dickens - I'm not a Dickens fan in particular, but this story is just brilliant, a wonderfully written and compelling tale about aspiring artist Pip and his romantic fascination with the ward of local spinster Miss Havisham. Miss Havisham is an incredible character within the book, and I've have been quite artistically fascinated with her over the years, I've even painted her on canvas (see below!). 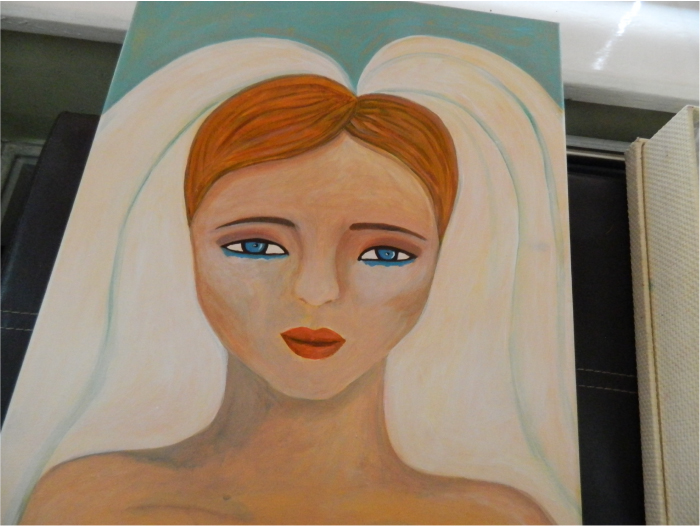 Miss Havisham, on her wedding day.

The Complete Grimm's Fairy Tales, by Jacob Grimm - A huge compilation of fairy tales, the very best there are including some well known classics ... except when you read the originals you find that often Disney et al have sugar coated them, such as Cinderella, The Little Mermaid and others.

Grimm's versions could sometimes be, well ... grim. A childhood classic for me, I still have my original book from the 70's. PS: In his story, one of Cinderella's sisters actually cuts her heel off to get into the slipper, and if I recall don't they actually keep to the original 'grim' plot, in the lastest live action Cinderalla movie?

The Handmaid's Tale, by Margaret Atwood - I actually read this a couple of decades ago after watching the 1990 movie, the movie was very good actually, certainly a good adaption of a classic read. This is a well formed dystopian story that currently has a TV Series, because we've become rather fond of our dystopian tales of recent years.

In a future society of declining births fertile women are kept as 'handmaids' to the ruling classes who require them to provide offspring, the alternative being the no more appealing choice of forced exile to a brothel.

Watchers, by Dean Koontz - Another horror master here, Dean Koontz wrote a masterpiece in Watchers, not only is it an exciting sci fi page turner, it really has a charming and heart warming people orientated plot throughout. Special nod to one of his other novels; Lightning.

The story commences around lonely batchelor Travis, who happens upon an abnormally intelligent black labrador one day, who he subsequently finds has escaped from a lab and unfortunately has the less charming prototype on it's tail, as it were #pun.  Throw in a random love interest and some great character development and you've got fiction gold.

Don't bother with the movie, it's shite with ridiculous casting that can only result in a total deviation from the entire basis of the plot.

Phantom, by Susan Kay - The life to death story of the Phantom of the Opera; you'll never think of Erik the same way ever again after reading this, for a start you'll know he's called Erik. Get your hankies at the ready at the same time as being prepared to fall in love with a monster, while still realising he's a monster. Psychopathy never looked so attractive.

The Phantom of the Opera is one of my favourite stories full stop, I've seen several movies, I've been to the musical theatre performance and I've even seen it 'on ice' (!), however Phantom goes into intensive detail from his birth to the end and the incredible story Susan Kay weaves is magical and gut wrenching in equal measure.

Not a well known novel, but most definitely what is described as a cult classic with quite the following.

Finally, some book related products from the Taylor Two gift shop, why not join my reader gang ... 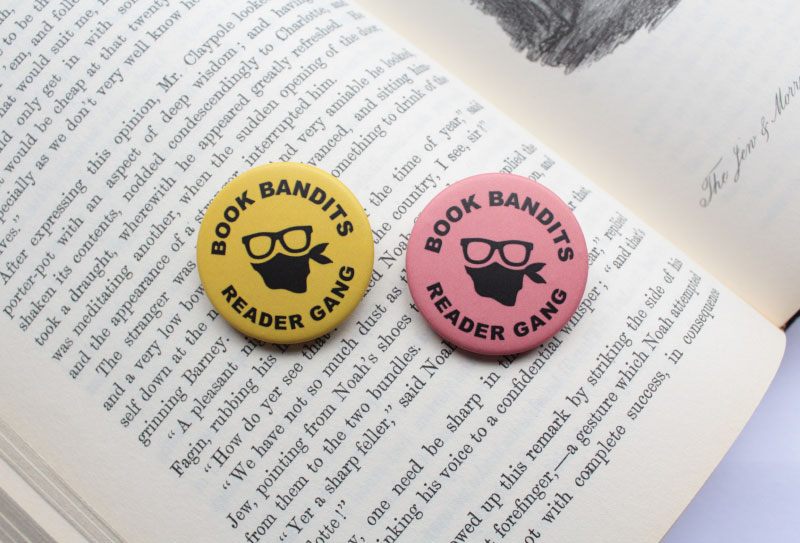 (currently out of stock, but more in stock soon!) 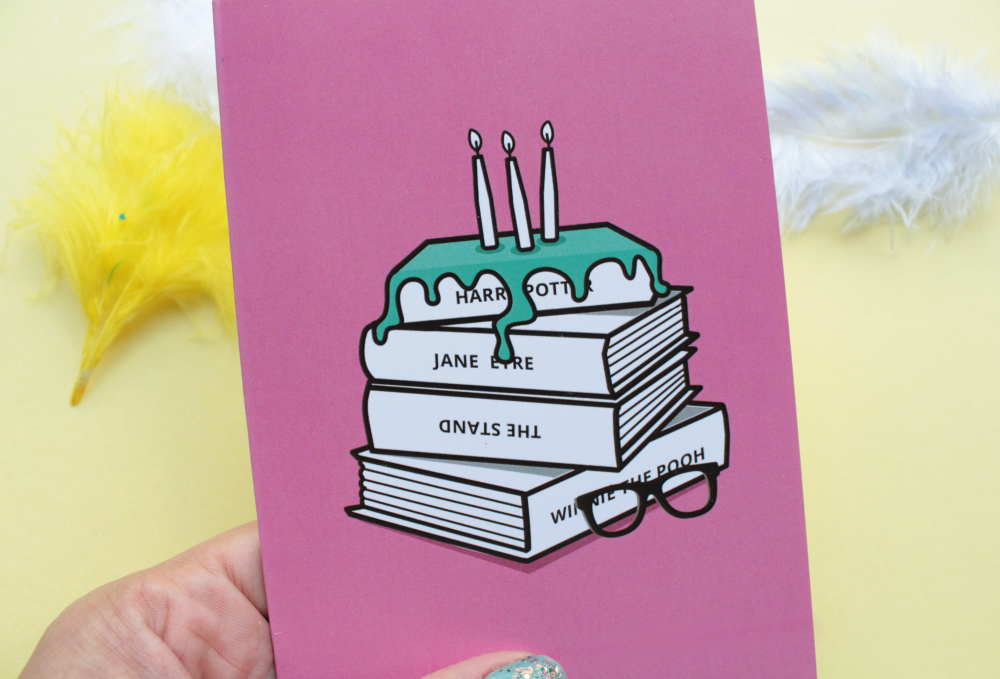 We also stock a book bandits mug shown below >>

(observe our copy of The Handmaids Tale next to it) 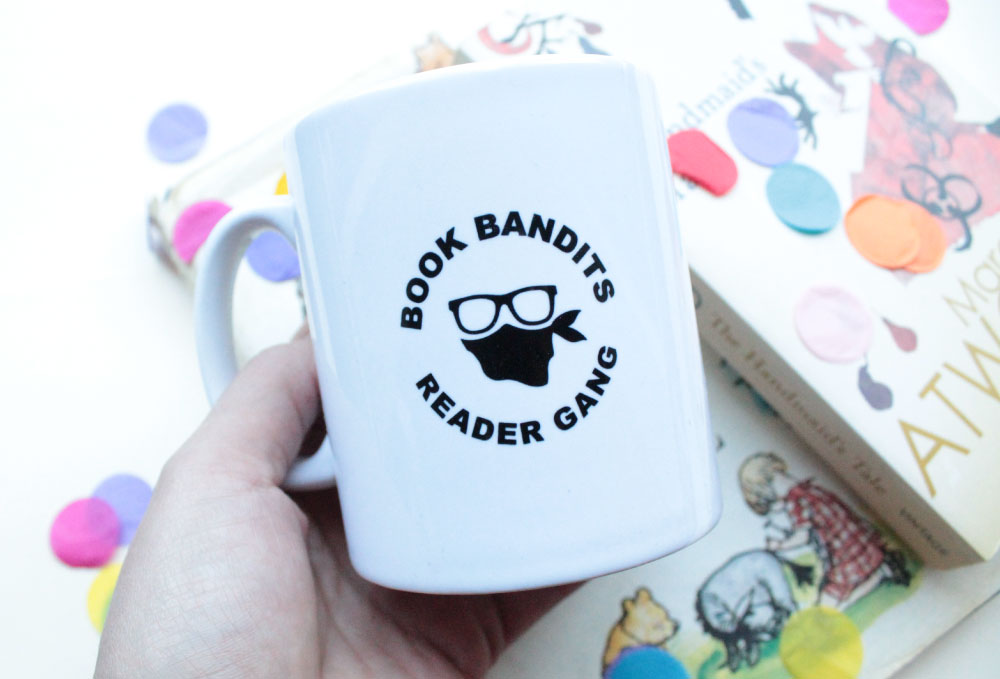